CABRÓN was an incredible experience and the beginning of my traverses into film. It came about as a result of a frustration with the lack of prosecution for bankers following the financial crash of 2008, and spiralled from there, bringing in elements of the immigration debate taking place in the UK and beyond right now, and my love of Latin culture. Influences were Pedro Almodovar, Damián Szifron, and the Coen Brothers.

For the look of the film, the DP Mads and I looked at the brilliant Force Majeure (2014), Margin Call (2011),  Ex Machina (2014), Wild Tales (2014), and Burn After Reading (2010), and then of course the location influenced further decisions. We set up a kino flo light above Jacob's desk to illuminate him, as if he's being judged by God, and tried to shoot him from above whenever we could.

To cast the actors, we put out casting calls on Casting Call Pro and Spotlight, and each of the actors were sourced from there. Looking back on the audition tapes, it's clear from each of their auditions that there were no other people who could play the roles, so we got very lucky on that front.

In composition, Pablo Scopinaro, now finishing his Composition Masters at the National Film and Television School, had just come back from Rome and brought with him a tibetan singing bowl, which was used as part of the soundtrack. We had some fantastic sessions experimenting with sounds in his flat in New Cross. Adding music is always one of the most scary, but also exciting parts of post-production, as it really ties the film together, and when it comes off it's so satisfying.

We shot the film over 4 days in locations in central London and Canary Wharf, and were very fortunate on getting locations and blagging our way throughout. 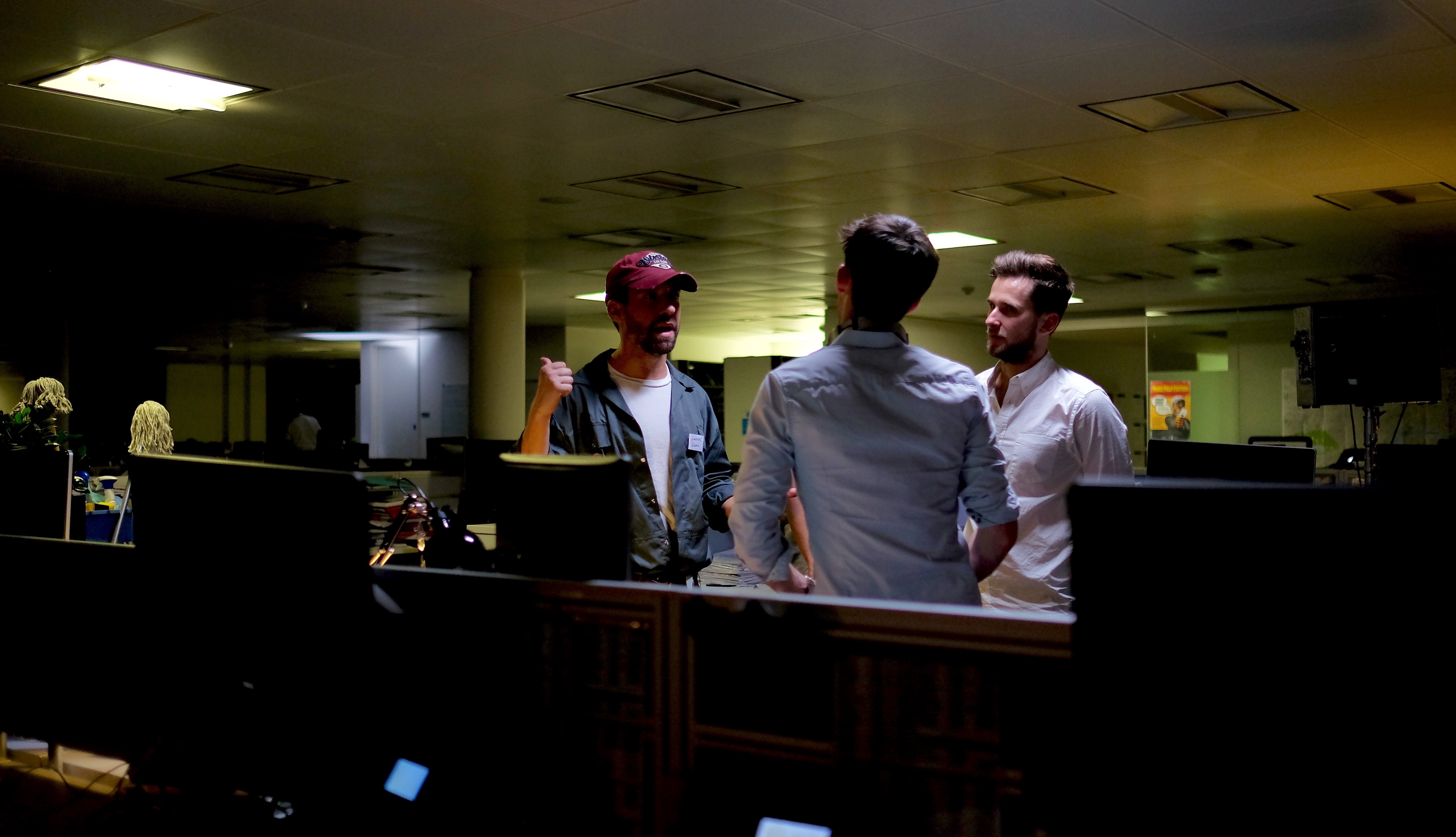